is part of the Informa Markets Division of Informa PLC

This site is operated by a business or businesses owned by Informa PLC and all copyright resides with them. Informa PLC's registered office is 5 Howick Place, London SW1P 1WG. Registered in England and Wales. Number 8860726.

Agrishow is the biggest and most important agricultural technology trade show in Brazil and one of the largest in the world.

It is the only trade show that brings together agricultural solutions for all types of crops and property sizes and it is recognized as the leading showcase for the main technological trends and innovations in agribusiness. 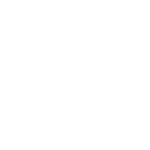 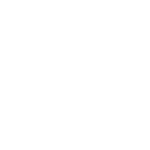 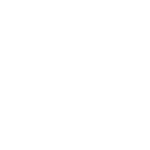 Agrishow receive more than 150,000 professionals from allregions of Brazil and abroad, who visit the exhibition to seeup close 800 brands on display in an area of 520,000sqm. Inaddition to presenting innovation, new technologies and best practices in field handling techniques, Agrishow also plays an important role in developing the agricultural industry by providing a prosperous environment for doing business, making connections and driving the evolution of agribusiness in Brazil.

Brazil’s important contribution to global agribusiness is unquestionable. It is the world’s largest producer and exporter of coffee, sugar, and orange juice, and is highly ranked in the production and export of soybean, corn, ethanol, pork, beef, and poultry chicken. The results harvested today have their roots in colonial times. Today, agribusiness represents 22% of Brazil’s GDP, 1/3 of all employment and almost 44% of exports. However, agriculture and livestock have always made up an important share of the country’s wealth.

Brazil’s geographic dimensions are continental, it ranks as the 5th largest country in population and total area, with 200 million people and 851 million hectares, respectively. The country enjoys a number of climatic conditions in favor of livestock and agricultural production. Brazil has the opportunity to be the largest agribusiness superpower supplying a hungrier, wealthier, and more ecologically and health conscious world market while also providing affordable food for its own population. Among social and technological factors are the availability of human labour, the technical knowledge accumulated over many years of agricultural and livestock production, and the ongoing quest for innovation.

On the economic front, Brazil is currently the ninth largest economy in the world based on GDP. The country experiences the benefits of income growth and better income distribution among its population, also, the middle class is growing, along with the demand for more industrialized products and quality services.